Talk to any Italian about recipes or styles of cooking and it becomes apparent that Italian food is more a competing group of regional food ideologies than a unified cuisine with strict rules and principles. Arriving at a consensus on even the most basic of topics such a pasta preparation technique is far from straightforward-to egg or not to egg, that is the question.

Although a relatively young country by European standards at only around 160 years old, Its food traditions stretch back almost as far as recorded recipe accounts begin. This proud history hasn’t prevented fierce regional competition enduring regarding food styles and ideas in the various provinces. Very few of us have the luxury of spare time and money of taking a food discovery tour around the beautiful regions of Italy-so a fantastic way to understand the culture, language and history of this culinary heavyweight is to explore the differences in the food and how it reflects the personality and idiosyncrasies of its people

Part of the attraction of Italian cooking is the lack of snobbery-.’Cucina povera’ or peasant cooking is as revered as much the offerings in finest high end restaurants, sometimes more so-and that doesn’t mean it is not just as highly scrutinised or debated.

I have deliberately left out two well-travelled favourites in Naples and Tuscany, and there are too many regions to cover entirely here, but what follows is a guide to 6 of my favourite regional favourites to get those taste buds tingling.

The toe of the boot, Calabria is characterised by sea, mountains and its fertile agriculture. It is often overlooked as a foodies paradise.

This southern Italian region is greatly shaped by the influences of Arabian cooking flavours and methodologies. Accompaniments such as, pitta bread,ingredients such as Chilli flakes and melanzane (aubergine/eggplant) reflect its past Moorish and islamic occupiers from the 8th to 11th century. Throw in Tropea onions and its favoured local produce heros Caciocavallo cheese and the Nduja sausage and you find a quite distinctive, spicy style of Italian cooking.

Seafood, seafood, seafood being an island Sardinia is famous for its amazing use of octopus, shell fish, sardines (hence the name!) and sea urchin is a prized local delicacy. Often accompanied by Fregola, small grains of couscous style pasta served usually in a broth or sauce, or pilau, a risotto style dish served with mutton or lamb, Sardinian cooking is a delight to behold.

Busiate alla Siciliana a southern Italian pesto made from almonds and tomatoes- very different to the northern, green herb style we often enjoy

Due to its strategic importance, beautiful vistas and great local produce Sicily has an interesting mix of food heritage. Partly due to frequent invasions by envious neighbours Sicily can draw upon Greek Roman, Spanish, French and Arabic influences in its famous cuisine- almost every country that sailed past has left some contribution to its food DNA. Amazing fruit, olives and wine underpin one of my favourite food experiences in the world.

Similarly to Italy, discussing Sicilian cuisine as a whole ignores the regional differences that pervade this cooking mecca. A microcosm of Italy, the different sides of the island are shaped by the availability of produce and ingredients. There are numerous styles(some say over 10) of the delicious aubergine caponata for such a small island.

Another region where rice and polenta oust pasta as the staple venetian cooking uses polenta in most ways imaginable liquid, boiled, toasted and fried.#

Risi e bisi is a must try fresh peas and rice floating in a vegetable broth, with onion and fatty pancetta.

Flanked by lake Garda and fresh water lagoons fish and shellfish are a local favourite, while the areas history as a trading hub have added exotic ingredients to the fine local produce.

Umbria is blessed with a beautiful rich forest, fresh water rivers and abundant woodland areas, and this is reflected in its cuisine. It is also home to the coveted Lenticchie di Castelluccio, a lentil so soft that it requires no soaking. Truffles, beautiful fungi and wild boar are found here much to the advantage of local gastronomes. Pork is a forte but the Fresh water rivers make fish a must try here also.

Black and the prized white truffle can be the centrepiece of these refined pasta dishes if you are lucky enough to find some. Also try the stuffed focaccias, noodle soups and roasted meats.

Lombardy is one of the flatter areas in Italy’s relatively mountainous terrain, it lends itself towards rice fields and that is reflected in the areas specialities. The home of risotto, Arborio and rice based dishes as well as Polenta form the backbone of this areas delectable trappings-and we can’t forget the famous Panettone. 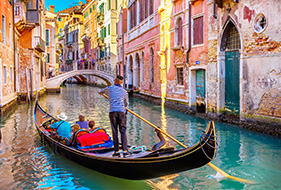